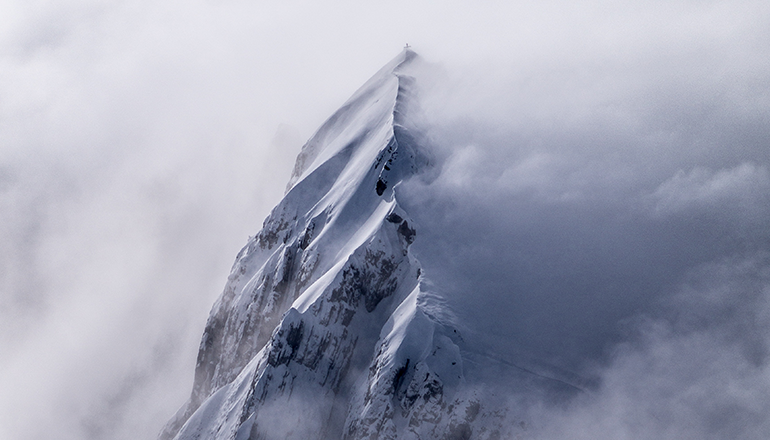 How Visibility Can Make or Break a Hybrid Network

The modern enterprise IT team faces a seemingly impossible task. More and more, IT leaders are under pressure to dramatically increase agility, maximize workforce productivity, eliminate any security threats, and address every compliance requirement—all while cutting costs.

As business leaders accelerate digital transformation initiatives, there’s a fundamental misconception that the cloud will solve all IT problems. But it’s impossible for IT to migrate all mission-critical workloads to the cloud without sacrificing control and security.

That’s why IT leaders are moving away from all-or-nothing approaches to the cloud and embracing hybrid network models.

With a hybrid network that mixes the best aspects of on-premises, public cloud, and private cloud infrastructure, you can find the balance between agility, cost efficiency, and security.

However, hybrid networks aren’t without their own challenges. If you don’t adapt your approach to network visibility to match the hybrid model, you risk falling victim to any number of performance and security issues.

Network Visibility Is More Important than Ever

The network visibility conversation is nothing new. Ever since the earliest days when networking evolved beyond direct links between data center systems, enterprise IT leaders have had to plan for network visibility.

However, planning for pervasive network visibility has become increasingly difficult in recent years. As organizations deploy new, complex network services, the network architecture expands, and the cost of link-level visibility outgrows IT budgets. But the security and performance of your network (and the applications that run on it) rely on total visibility.

To address these concerns, on-premises data centers are being outfitted with pervasive network visibility layers.

Deploying the right combination of network taps, network packet brokers (NPBs), and bypass switches enables IT leaders to aggregate and load balance packets in a way that maximizes visibility across necessary security, performance, and monitoring tools.

Together, these network visibility tools gather all of the packet-level insights necessary to keep your systems up and running. Or, in cases of unexpected downtime, all the insight necessary to identify and resolve problems quickly.

Over the years, network and data center architects have grown accustomed to the architecture necessary for visibility into North-South traffic flows. Packets flow into servers, reach the network infrastructure, funnel into network visibility tools, and load balance across necessary security, performance, and monitoring equipment before returning to end users.

That’s the problem, though. Visibility becomes even more important as applications and systems expand beyond the traditional data center and into both public and private clouds. But in this hybrid network, the North-South approach to network visibility isn’t enough.

The main challenge of achieving pervasive visibility in a hybrid network is that you give up IT control when migrating workloads to the public cloud.

While on-premises data centers enable you to deploy as many network visibility tools across as many links as you need, you don’t have access to the underlying infrastructure that supports your cloud-based systems.

As a result, you can’t rely on network taps, NPBs, and bypass switches the way you always have for North-South traffic visibility. Instead, you need to focus on creating pervasive visibility into the East-West traffic that flows in and out of on-premises, public cloud, and private cloud systems.

Unfortunately, designing your hybrid network for pervasive East-West visibility is easier said than done. In fact, one annual State of the Network report found that 86% of IT leaders identify loss of visibility and control as the top challenge when migrating systems and workloads to the cloud.

And as East-West traffic visibility causes challenges for IT leaders, 52% say they struggle most with determining whether root causes of problems lie in their applications, the network, or specific systems.

But hybrid network visibility only seems like such a challenge when you’re trying to force traditional strategies into the mixed model. When you create a pervasive visibility layer that spans all aspects of a hybrid network and breaks down data silos, you can ensure security, performance management, and monitoring tools are working to the best of their abilities.

Recognizing the need for an updated approach to visibility is just the first step to hybrid network success, though. The next step is to actually design the architecture that will maximize visibility for your specific mix of on-premises, public cloud, and private cloud systems.

In the second half of this two-part blog series, we’ll cover just that. Read our next post and get the information you need to capitalize on the best-of-both-worlds promise of hybrid networks.