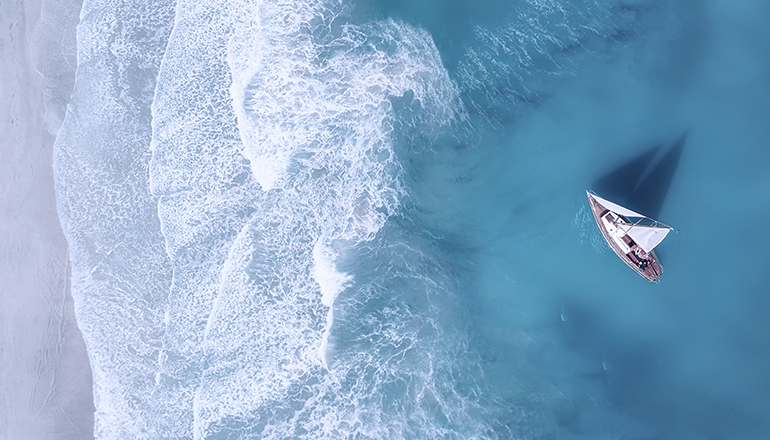 The Port Mirroring or SPAN (Switched Port Analyzer) method of monitoring network traffic has been the perennial focus of network visibility. With port mirroring enabled, the switch sends a copy of all network packets seen on one port (or an entire VLAN) to another port, where the packet can be analyzed. As a SPAN port is unidirectional and network traffic is bidirectional, the aggregate traffic could be twice as much as the SPAN port connection. Also, in times of congestion, the switch may not be able to mirror 100% of the network traffic to the SPAN Port. In both cases the result of using SPAN ports for network monitoring applications is unacceptable because some packets may not make it to the monitoring appliance.

Specifically, network bandwidths have continued to see exponential growth while networks have been facing a range of unique security threats such as Distributed Denial of Service (DDos), malware and encrypted attacks that demand detection and remediation in real-time. As a result, networks commonly deploy a range of specialized monitoring, security, and performance management tools requiring a pervasive visibility strategy enabled by Network Packet Brokers (NPBs) vis-à-vis limited SPAN only-based approaches.

NPBs are devices that receive network traffic (such as input from multiple SPAN ports) and can manipulate that traffic before breaking it down into streams of related data and transmitting that data to their respective monitoring, performance management, and security tools. In a considerably short time and due to several highly important benefits, Network Packet Brokers have become the go-to device for enterprises to improve their network visibility and network security. 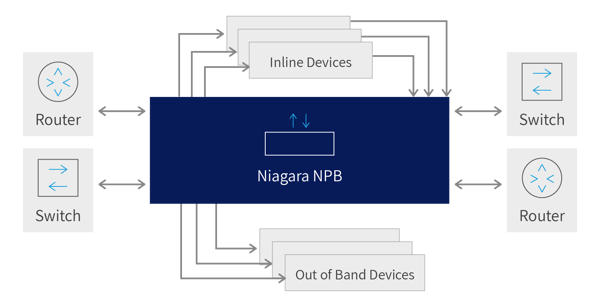 NPBs typically support a range of flexible traffic forwarding rules based on a variety of characteristics such as OSI layer 2-3 packet fields (MAC address range, IP address range, protocol and port, etc.) including packets encapsulated within MPLS labels and tunneling protocols such as GRE and PPTP.

Advanced network packet broker functionalities include the ability to inspect encrypted traffic, identify and remove duplicate packets before forwarding them to tools and generate flow summaries for consumption by network tools.

The flexibility of a rule-based approach to directing traffic between network links and traffic analysis or security tools is what permits network administrators and security specialists to respond quickly and proactively to any kind of network event. Administrators can define and refine rules in seconds in order to observe traffic at any point in the network, eliminating the need to change physical wiring.

Because NPB’s are often tasked with monitoring extremely high-speed data links (and can also aggregate data originating at multiple slower links into a single fast stream), they provide the ability to load balance traffic across multiple similarly configured tools. Load balancing permits a group of tools to process a workload larger than any single instance of the tool would be capable of. When necessary, load balancing can be configured to maintain session state so that network flows between two endpoints are always directed to the same tool instance.

Network packet brokers can be configured to run traffic through a chain of network tool devices, including load balanced clusters of devices, permitting in-depth analysis of network traffic for security threats, logging or performance analysis. Network tools are generally deployed in one of two configurations: out-of-band and inline.

Passive tools, such as network monitoring and performance analysis systems, are out-of-band devices. Out-of-band devices receive a copy of the data selected using NPB rules for inspection, and the traffic is not returned to the network following analysis.

Devices that must inspect or manipulate the data before it continues through the network are inline devices. These devices may return the data (modified or not) to the network or, based upon their own configuration, may elect to drop certain frames. DDoS prevention devices are one example of in-band tools. Traffic that is identified as part of a potential DDoS attack are dropped and other types of packets are returned to the network for delivery to their ultimate destination.

Network Packet Broker configuration rules are based upon two fundamental concepts. The first are “filters” while the second are “configuration maps”. Filters determine which packets are recognized as being significant by the NPB. When a filter’s definition matches a packet in the Packet Broker, this is triggers additional processing on the packet by the NPB. Configuration maps define a set of input and output ports on the front panel of the NPB and determine which filters will be applied to traffic traversing those ports.

A basic example of filters and configuration maps is a rule which accepts network traffic on a single input panel port, applies the “pass all” filter and forwards matching traffic (which in this case would be every packet) to a specific output port. Visually, this configuration would look like this:

Figure 3. Passing all UDP traffic from a pair of input ports to a port group

Besides user-defined filters, NPBs typically offer a range of predefined filters corresponding to the most often deployed end-user configurations.  These filters can include:

In summary, filters provide the NPB’s ability to only deliver packets of potential interest to network tools while withholding packets that would not contribute to the tool’s ability to do its job. Filtering unnecessary traffic allows tools to analyze networks carrying more traffic than they are capable of processing and improves the efficiency with which these tools operate.

It is imperative that NPBs distribute traffic across associated security tools in a manner that is proportional to each security tool’s capabilities. If there is a mismatch between the traffic distribution and the processing capacity of each tool, some tools may become overloaded while resources lay idle on other tools. Thus, the overall performance of toolset will be impacted. On the other hand, if traffic is evenly distributed across tools with very dissimilar capabilities, the least performing tool will determine the performance limit for the toolset.

NPB configuration also enables network bypass capabilities for high availability of associated security service. This enables security tool software upgrades to be completed without network downtime as well as fast failover recovery in the event of security tool failure. NPBs can be configured to support an adequate number of specific types of security tools and bypass thresholds so that a tool failure or offline maintenance period will not cause disruption to specific network security functionality.

The NPB monitors security tool availability and health by sending a heartbeat packet at designated intervals. If a certain number of these packets are not returned to the NPB within the timeout period, the NPB will consider the security tool (or toolset) as unresponsive and activate the bypass function.

For example, the NPB can be configured to transmit Ethernet heartbeat packets every 250ms. In the event of a single tool engine failure, traffic is redistributed across similar available tools engines. If more than one tool fails, traffic will bypass the entire engine group. The NPB can also be configured to fail open in the case of a power failure.

Due to the mission-critical availability and complexity requirements of enterprise networks, the benefit of using a pervasive visibility strategy enabled Network Packet Brokers (NPBs) vis-à-vis limited SPAN only-based approaches have become apparent. In a relatively short time frame, NPBs have become the preferred solution for enterprises to improve their network visibility and network security due to a range of benefits including flexible traffic filtering, data deduplication, enhanced network availability, packet optimization, and load-balancing.

NPBs capture traffic at vital network locations and transmit the traffic to network security and monitoring tools based on modifiable configuration rules using a range of packet properties. Innovative NPB features include the capability to analyze encrypted traffic, detect and eliminate duplicate packets prior to forwarding and produce traffic flow synopses for utilization by network tools.

Network tools are typically coupled to NPBs in either inline or out-of-band deployment scenarios. Passive tools, such as network monitoring and performance analysis systems, are out-of-band devices which are simply forwarded traffic using NPB rules for inspection, while the traffic is not returned to the network after analysis. Inline devices, on the other hand, may either return the data to the network or, using internal rules, may choose to discard specific packets. DDOS prevention devices and next-generation firewalls are examples of in-band tools.

Network Packet Broker configuration rules are based upon two essential capabilities: “filters” and “configuration maps”. Filters govern which packets are identified as being important and necessitate added handling by the NPB. Configuration maps describe a collection of input and output ports of the NPB and govern which filters will be employed to traffic utilizing those ports.

The combination of filters and configuration maps enable the NPB’s capability to filtering superfluous traffic allowing network tools to analyze additional traffic than they are capable of processing and improving the effectiveness of such tools.

Niagara Networks is the industry-leading specialist in providing advanced network visibility solutions for the specific needs of individual enterprises and networks. Schedule a consultation with one of our networking experts today to evaluate your network visibility challenges.