To SPAN the Virtual Network 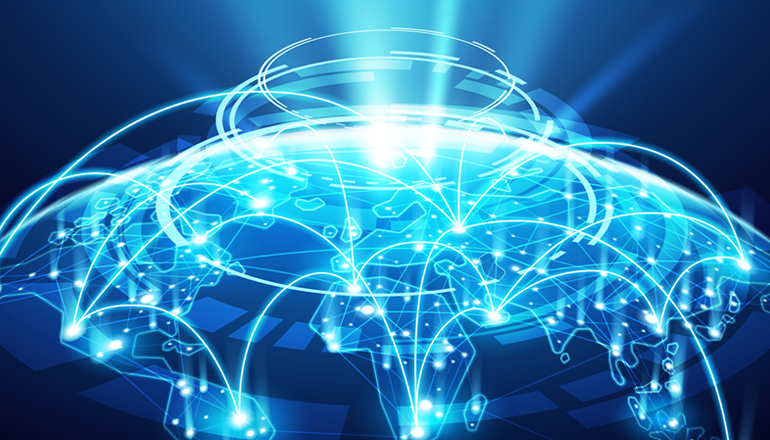 Switched Port Analyzer (SPAN) is another way of saying “port mirror”. What’s helpful about the term “SPAN” – if you know the acronyms’ description – is that you are then aware that it is related to providing visibility of switch data traffic to other tools.

Port mirroring is the network switch ability to send a copy of network data packets being transmitted over a switch port to a network monitoring or inspection device that is itself connected to the port mirror - a dedicated port on the switch.

There are several common options for port mirroring

Use Cases for Port Mirroring
The initial configuration for port mirroring is generally handled by the IT expert who manages the enterprise’s network – for example, the network administrator (NA). Ongoing fine-tuning and configuration updates can be the NA’s responsibility or may be automated through the use of a security monitoring application.

Functionally, port mirroring comprises copying transmitted or received packets from any of the switch ports to a dedicated “mirror” port - its mirroring the traffic from the other ports. We look at the mirrored traffic as ‘source’ and the connected tools on the mirror port as target port or a target device such as a monitoring computer, inspection device, or switch. It is used for enhancing network visibility and monitoring and is typically connected to network switches or similar hardware.

While running the data packets, that input into and output out from a specific port number are automatically copied (‘mirrored’) and transferred to a target port (e.g. monitoring or other destination port). The target port is usually that of the device running monitoring and inspection, or security application that then analyzes the data packets in the traffic flow. The entire port mirroring mechanism is typically transparent, and invisible to the source and other nodes in the network architecture.

Mirror, Mirror on the Virtual Network

How do we monitor traffic on a virtual machine or between virtual machines? Even though the network infrastructure is different, the virtual environment can provide similar functionality to that available in the “real” physical network, even using the same concepts and terminology as tap or port mirror. Today, the virtual environment and virtual machines provided by the vendors typically provide the tools and means to setup virtual monitoring points. This virtual monitoring points are sometimes referred to as virtual taps.

If the network tool is a physical appliance connected to the host, where the virtual machine (VM) resides, the connection will need to be setup via the host’s network interface card (NIC). The virtual source port of the port mirror session remains the same, but the destination is changed to the uplink port connected to virtual NIC. The mirror packets are sent through the virtual NIC, and from there on to the monitoring tool for analysis.

If you have many VM sources going to several network tools you may want to filter the traffic and to be able to replicate or load balance the traffic to the multiple monitoring and analysis tools. To achieve this you can use to virtual port mirror connections as feeds into a NPB or a virtual NPB. Also, a dedicated virtual tap, as opposed to one built-into the VM environment, may offer additional filtering and other select packet broker features.

As mentioned earlier, virtual switches (known as vSwitches) work very similarly to physical switches, though they are not as configurable as physical switch devices. They do, however, support the following functionality:

Port mirroring is a quick and easy way to achieve to get visibility using your existing network infrastructure and without introducing additional devices. This can be accomplished both on the physical network and in virtual networks on virtual machines.

In may use cases port mirroring can be supplemented with network packet broker functionality to filter unwanted or unneeded traffic or to aggregate the traffic to dedicated centralized network analysis tools.