What is a Network Bypass Switch? 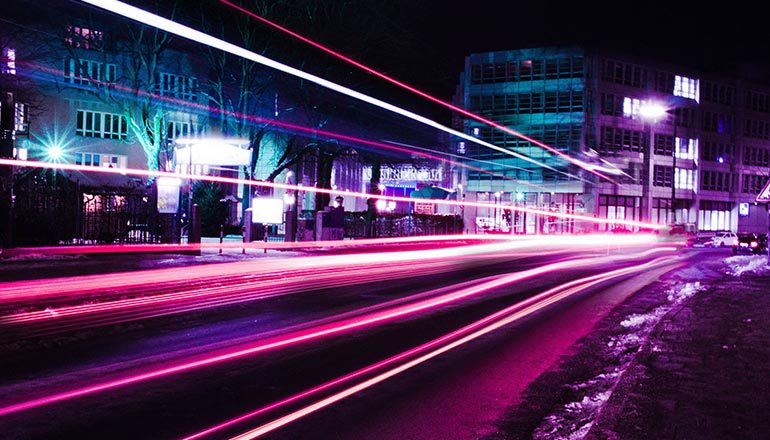 As the Internet has become much more prevalent in our day-to-day lives, the need for constant, reliable internet connectivity is evermore critical. Organizations such as hospitals, department stores, high-speed trading and banking establishments cannot tolerate even a few minutes of network downtime without having a possible negative effect on their business. Luckily, companies can utilize a network bypass switch as part of their network infrastructure to ensure the network has maximum uptime.

A Network Bypass Switch is a hardware device, typically in a 1U form factor, which provides fail-over or fail-safe capabilities for an inline networking appliance. In this article, we will provide an overview of the functionality and use cases for the network bypass, while focusing mainly on the Intelligent Network Bypass product category.

Inline network appliances are appliances that are located in the path of the main network link and all network traffic will pass through the appliance. These networking appliances can provide functionality and services in the areas of security, monitoring, traffic policing, content cashing, and content inspection, and address applications like intrusion prevention systems (IPS), data loss prevention (DLP), content delivery, WAN optimization, deep packet inspection (DPI), and unified threat management. Inline networking appliances are single points of failure in computer networks, which means that if the appliance loses power, experiences system hang-ups or software failure, or is removed from the network, traffic cannot flow through the network link. The network bypass switch eliminates this point of failure by automatically bypassing traffic around the network appliance whenever the appliance is incapable of processing or passing the traffic. 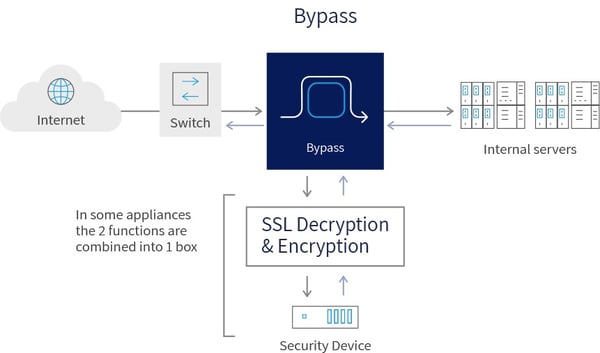 The passive bypass automatically switches the network traffic when an attached inline device has a power failure, which preserves network connectivity. On the other hand, the intelligent active bypass is a standalone, managed appliance that senses the health and behavior of the inline appliance and fails to wire (allowing the two sides of the network to talk directly to each other through the bypass switch) depending on its setup and configuration.

A bypass switch consists of single or multiple bypass network segments where each segment consists of four ports. Two network ports create an inline connection to the network link that is set to be monitored. This connection is the critical path that is being protected in active bypass or passive bypass mode. If the bypass switch receives power, the traffic will be handled by the device in active bypass mode, whereas if the bypass switch itself loses power, the passive bypass component will take action and network traffic will continue to flow without interruption. 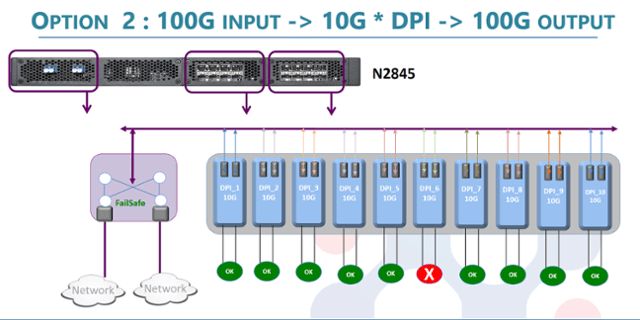 Active Bypass Switches can be managed through a number of interfaces, such as a command-line interface (CLI), a Web browser-based interface, or a platform-based Simple Network Management Protocol (SNMP) tool*. The following management functions are available: 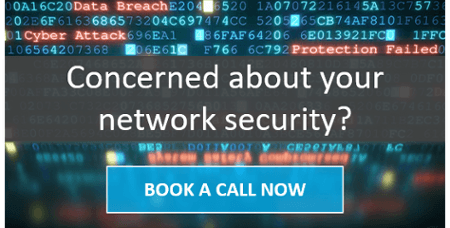 *some of the Niagara Bypass Systems, contact us for more information