Who Said the Trade Show Was Dead? 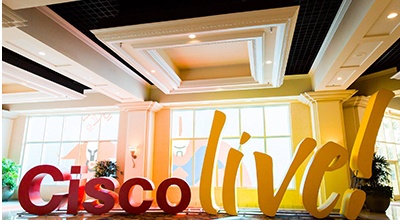 Once again, Cisco Live US lived up to the hype. People came from every part the world to enjoy the largest networking conference of North America!  Last year, there were over 30k attendees, and this year it sure seemed like the crowd grew tremendously! For a 2nd year in-a-row, the show took place in the Mandalay Bay Convention Center in Las Vegas, Nevada.  Attendees were enjoying themselves all around the city, especially on the night of the Bruno Mars Concert (Customer Appreciation Event).

The trade show’s theme these year was named “You’re IT”, and encompassed five IT Superheroes (IgnITor, Code Crusader, The Wall, MegaFix, and Major Shift). Many vendors followed this theme, with their own take on the IT Superhero.

There are many reasons people come to Cisco Live each year. Some attendees come to work on their certifications, some come to exhibit, while others partake in the event to expand their knowledge by attending the sessions and presentations. Niagara Networks was there to get in front of the largest gathering of Network Engineers in the world. We sponsor many events and shows each year, but none matching the energy of Cisco Live. Typically at other trade shows, we spend our time explaining what Network Visibility is, how a Network Packet Broker can help you save costs as your network speeds grow, how a Bypass Switch protects your networks from failing when a security solution goes down, or how Network Taps are superior to SPAN ports in their ability to pass traffic to network monitoring  and network security solutions with zero packet loss. At this event, most people already knew what Network Visibility is, and how Network Packet Brokers, Bypass and taps can help them achieve their goals of minimal downtime for their highly secure networks. This made our jobs easier and more enjoyable, while staffing the booth. This year, we took a new approach to the show, compared to years past. We started with new banners that made it super clear what it is that we do. Simple banners that have minimal words focused on Network Visibility, Network Packet Brokers, Bypass Switches and Taps.  This helped to focus the show go-ers on what we actually do and brought us great leads in the form of walk ups to the booth. We also tried a new approach with our spinning wheel of swag.  Who knew how much these people loved swag?  After crushing it all day on the opening day, we nearly ran out of all the items we brought to give away.  The popularity of the wheel was not something we planned for.  In turn, we had to have more giveaways flown in the next day.  At one point, I even had to add “High-5” to the wheel, which made for some good laughs and fun! We had a variety of giveaways from small prizes such as  glow-in-the-dark glasses, sunglasses, notebooks, koozies, and pens, to larger pieces such as aluminum tumbler mugs, “Network Nerd” t-shirts and Niagara Networks polos and grand prizes each day, including a drone, 3D Pen, Amazon Echo Dot and a Lego Star Wars Millennium Falcon.  It was really great to see everyone having such a good time spinning the wheel! 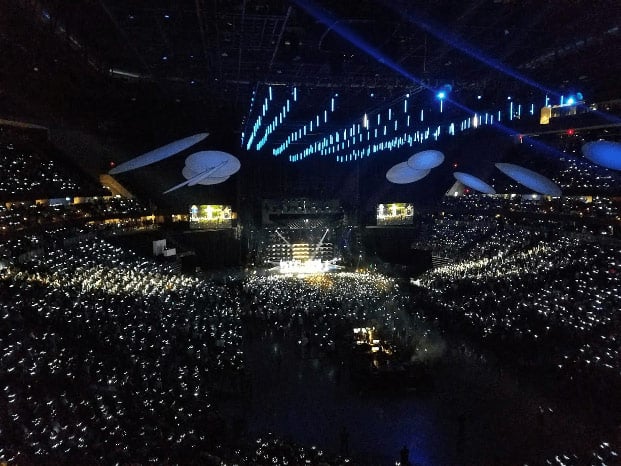 There were plenty of cool things going on during the show, but one that is worth noting is the Network to Light project. Cisco set a goal of delivering electricity to 30k students in Nepal, by having attendees step on kinetic tiles 1M times.  They were able to double their goal and get to 2M steps, which in turn they announced that they would double the electricity delivered to these students.

If you’ve ever been to a trade show concert, you will fully understand this, but seeing Bruno Mars at the T-Mobile Arena, was very odd and awkward. Think about being Bruno Mars for a second. Typically, you perform for fans, people who absolutely love you.  When you perform for a crowd of Network Engineers who aren't really fans of the band, things can get odd quickly. There were moments when Bruno seemed frustrated, confused and even angry. At one point he literally said “Put down your phones and pay attention” he also said “Why are you only dancing when I tell you to dance”.  As the show went on, the crowd started to get more and more into it, especially in the lower level.  Being in the front row of the upper level, at one point I looked behind me to realize that NO ONE was standing up and dancing in our area.  All-in-all, it was a fun time!

In the end, most people didn't come to see Bruno Mars or to see Bryan Cranston, they came to be with their people — with other Network Engineers, Network Architects and like-minded people. You could see them everywhere enjoying their time together. Whether it was wielding giveaway swords or spinning fidget spinner swag or waiting in line for a chance to spin a wheel and win a Lego Star Wars Millennium Falcon! Maybe, we'll see you in Cancun in November for Cisco’s next event. Otherwise, looking forward for the next US Cisco Live in Orlando! For more photos from the event, check out our Facebook album!